The Mystical Body of Christ in the End Times, Pt. 3 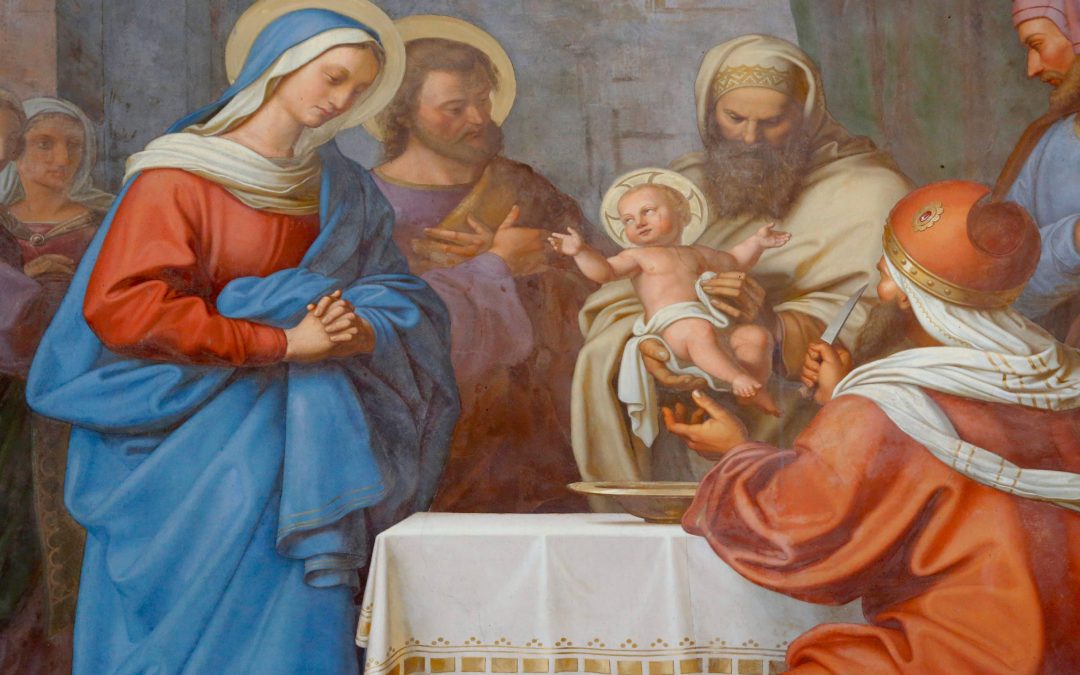 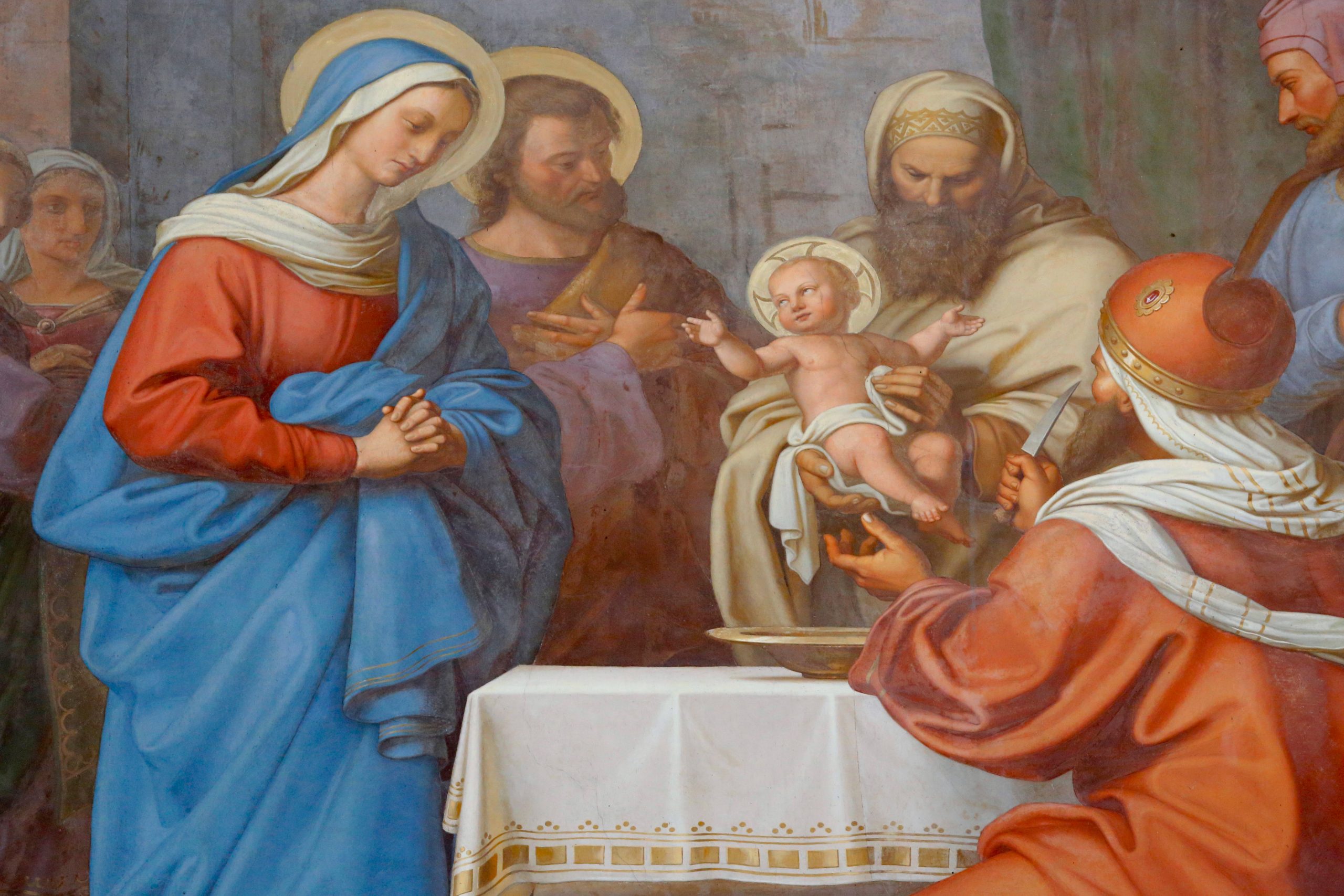 +Feast of the Circumcision+

JANUARY, MONTH OF THE HOLY NAME OF JESUS

“Thou shalt call His Name Jesus. For He shall save His people from their sins.” — Matt.1:21

Dearest Jesus, by the invocation of Thy Holy Name, deliver this country and the whole world from impending ruin! Jesus, Jesus, Jesus!

Before leaving the subject of the Mystical Body of Christ it seems fitting to note that during the entire course of the infallible encyclical Mystici Corporis Christi, written by Pope Pius XII in 1943, emphasis placed by the Pope on Christ as the Head of His Body can be found prolifically throughout this encyclical. It is significant that Pope Pius XII addressed the matter of the Mystical Body as he did, seeing that it could not be addressed by the Vatican Council in its 1869-1870 sessions. This was owing to the early suspension of this council because civil war had broken out in Rome. There is reason to believe, as we’ve noted in other articles, that because the Church itself was not specifically addressed by the Vatican Council, Pope Pius XII intended to widen the scope of its definition by writing his encyclical. He had wished to call a council, as had Pope Pius XI, but, like his predecessor, had been warned by his advisors that it would likely be hijacked by modernists already exercising majority control in the Church, even in the 1950s.

Several important issues are addressed by the pope in this encyclical that would later become major factors in the Church following the false Vatican 2 council, and I do not believe that this was a coincidence. They would be further addressed in the infallible decrees Vacantis Apostolicae Sedis, Mediator dei and Humani generis, also in Ad sinarum gentum and the letter of excommunication regarding Leonard Feeney — Suprema haec sacra. This is explained in what follows below.

Reading the above, it might be thought that one cannot regain Church membership after returning from material heresy and/or schism. But here we have to consult our catechism to learn that while we indeed did commit heresy and schism as participating members of the Novus Ordo and Traditional sects, we never intended to commit mortal sin or even realized we were sinning at all. In fact we intended to honor God by adhering to what we believed to be left of His Church. It is only by refusing to investigate the pray at home “option” that one sins mortally, because then the truth has been revealed. Yes, one can still be invincibly ignorant, but it is very difficult in this day and age. As stated before, Canon 2200 says we must observe the censure for heresy and schism until cases can be heard and decided, if this is ever possible.

And yet we need not consider ourselves formally expelled from the Church for many different reasons, from a Canon Law perspective. We were the victims of fraud and there were many other mitigating circumstances. If we are truly sorry for incurring these censures and have spent time doing penance and making reparation, the sections of Canon Law governing censures says we must be absolved. Because it is doubtful that all the conditions necessary for incurring censure existed in these cases, this likely means that, as with all other canon laws, a doubt of facts in these cases means the censure was not incurred. Above, Pope Pius XII talks about those who are not baptized members and baptized members who have separated themselves from the Church by schism. 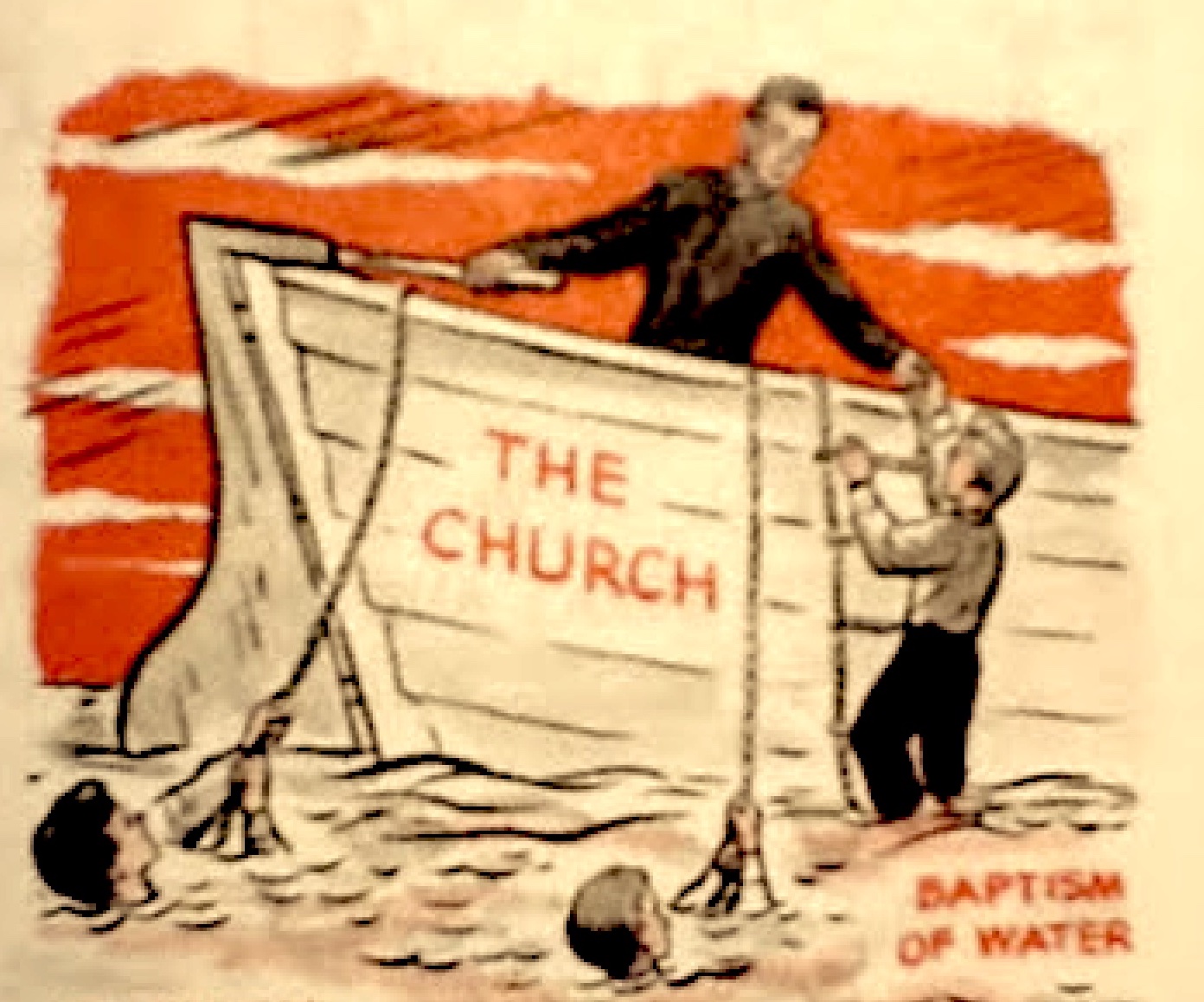 Here we see an illustration taken from an old Baltimore Catechism that best demonstrates the predicament in which those involved in non-Catholic sects find themselves today. Only valid water Baptism, public abjuration of all errors and three years of penance qualifies us to be actual members of the Mystical Body and securely aboard the Barque of St. Peter. One cannot return to something they never belonged to.in the first place. There is a notable difference in desiring “unconsciously,” as Pope Pius XII states above, to be a member when not baptized or separated from the Church by schism (those shown with leads but not a ladder to the boat), and to explicitly desire to rejoin a society to which one once belonged, according to the very laws laid down by that same society which must be obeyed to fulfill conditions of membership. Those who are members by desire alone, although not actually IN the Mystical Body, can still be saved, but they are not able to participate in the many graces available to those who are actual members of Christ’s Mystical Body.

This is why Pope Pius XII says above that they are thereby deprived of many special gifts. Pope Pius IX taught that no one is able to pretend to know who is or is not saved by and implicit desire for Baptism or Church membership because this is something God alone can determine. “Only those who have been baptized, who profess the true faith, who have not miserably separated themselves from the fabric of the Body and who have not, by reason of very serious crimes, been expelled by legitimate authority, ARE ACTUALLY TO BE COUNTED AS MEMBERS OF THE CHURCH,” (Pope Pius XII, Mystici Corporis). And in The American Ecclesiastical Review, “Questions and Answers,” January 1958, Rev. Francis J. Connell wrote: “Those who are not actual members of the Church can be sanctified and saved if they are invincibly ignorant of their obligation to join the Church and are in the state of sanctifying grace, since such persons have an implicit desire of membership in the Church. But they are not to be reckoned as members of the Church — not even invisible members.” (Rev. Connell was Msgr. Fenton’s teacher.) Msgr. J. C. Fenton: “That one may obtain eternal salvation, it is not always required that he be incorporated into the Church ACTUALLY AS A MEMBER, but it is necessary that at least he be united to her by desire and longing,” (“Pope Pius XII and the Theological Treatise on the Church,” The American Ecclesiastical Review, December 1958).

This teaching then, later elaborated upon at great length in the condemnation of Fr. Leonard Feeney, Suprema haec sacra, was never intended to be the prelude to ecumenism as some calling themselves Traditionalists have falsely stated. Rather it upholds a centuries-old teaching of the Church and gives no blank check whatsoever to those who wish to be saved in this manner. In fact this condemnation lays out specifically the conditions that must be fulfilled to attain to salvation in such circumstances, and they cannot be and are not applicable to those who simply profess to be Christian and do not exhibit a heroic act of love for Our Lord and whatever may constitute His true Church. Outside the Church, Christ’s Mystical Body, there can be no salvation except in certain instances where exceptions are made by the Church Herself. And God alone can be the judge of when those instances occur.

We can only reiterate here the prayer Pope Pius XII quoted in ending his encyclical. Christ did not hesitate to be betrayed for us. And while we are obligated to protest the betrayal of His Church lest others be deceived, we must never see ourselves as anything but resigned and willing victims in this betrayal by our own. As loyal members of His Mystical Body, we must count ourselves as privileged to undergo whatever is wanting to His Passion and gladly endure the rejection and opprobrium, reserved for those who refuse to dishonor the Sacrifice and the Sacraments He left us as proof of His love.

What in the World…

An emergency case is scheduled to be heard before the U.S. Supreme Court on Jan. 6 that could entirely change the course of American history, although SCOTUS is not likely to rule in favor of the Plaintiff, Raland Brunson, one of four brothers supporting the suit. Brunson is asking the Justices to overturn the 2020 elections and declare that representatives who voted to confirm the election are ineligible to hold office, now or in the future. Brunson v. Alma S. Adams: et al, sues those members of Congress who voted down a proposed 10-day audit of the 2020 elections Jan. 6, 2021. Brunson contends that by doing so, they violated their collective oaths of office to “preserve, protect and defend the Constitution from enemies both foreign and domestic” and thereby committed treason. Should the Supreme Court rule that Congress was at fault, all the members of Congress involved, as well as a sitting president and vice-president, could presumably be removed from office and forbidden to hold any U.S. government position again. Former vice-president Michael Pence also would be barred from holding office again. Some 388 members of Congress could be affected.

Consequentially, it is alleged that the Supreme Court then could facilitate the swearing-in of the rightful president and vice president. At least this is what Brunson is requesting. Brunson alleges that members of Congress, despite being “properly warned” that a credible threat had been advanced by enemies of the Constitution, violated their oaths and, essentially, “unilaterally violated the rights of every citizen of the U.S.A. and perhaps the rights of every person living, and all courts of law.” He claims that failure to investigate evidence already collected proving the 2020 election was highly irregular constitutes “fraud on a scale like never before seen, adding, “Fraud vitiates whatever it touches.” This isn’t about a rigged election – it is about failure to investigate the possibility of election fraud. As we have seen in the examination of Canons 103-104, fraud changes everything. Not to consider the possibility that it has been perpetrated — to fail to investigate credible proofs that it exists — is an act of treason, whether it involves Church or state. Remember that the subversion of the Church began with an act of election fraud. Declassified documents show that psychological warfare was waged against the Church for over a decade before the elections of John 23 and Paul 6 were engineered by CIA operatives. Same game, different day. Sadly no one is the wiser.

If the Supreme Court decides in favor of this case, it could save what is left of the republic, if that is possible. The odds are not good, but stranger things have happened. Deciding against Brunson would effectively close the doors on admitting any possibility that election fraud actually exists or the election system in this country is in dire need of reform. And it would effectively deny the fact that the United States has successfully been subverted from within for decades, just as the Communists themselves predicted long ago it would be. SCOTUS can either play the role of hero or villain — their choice. But God is in control and whatever comes of this fits somehow into His plan for our redemption.