Defending sources used on this site 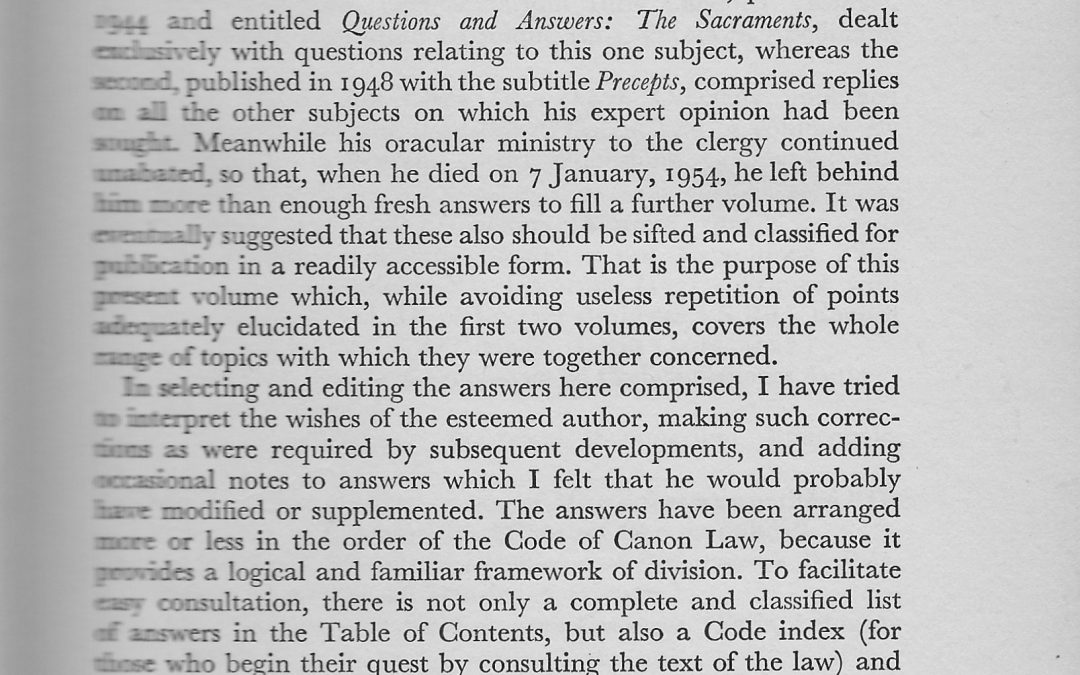 +Our Lady of Prompt Succour+ 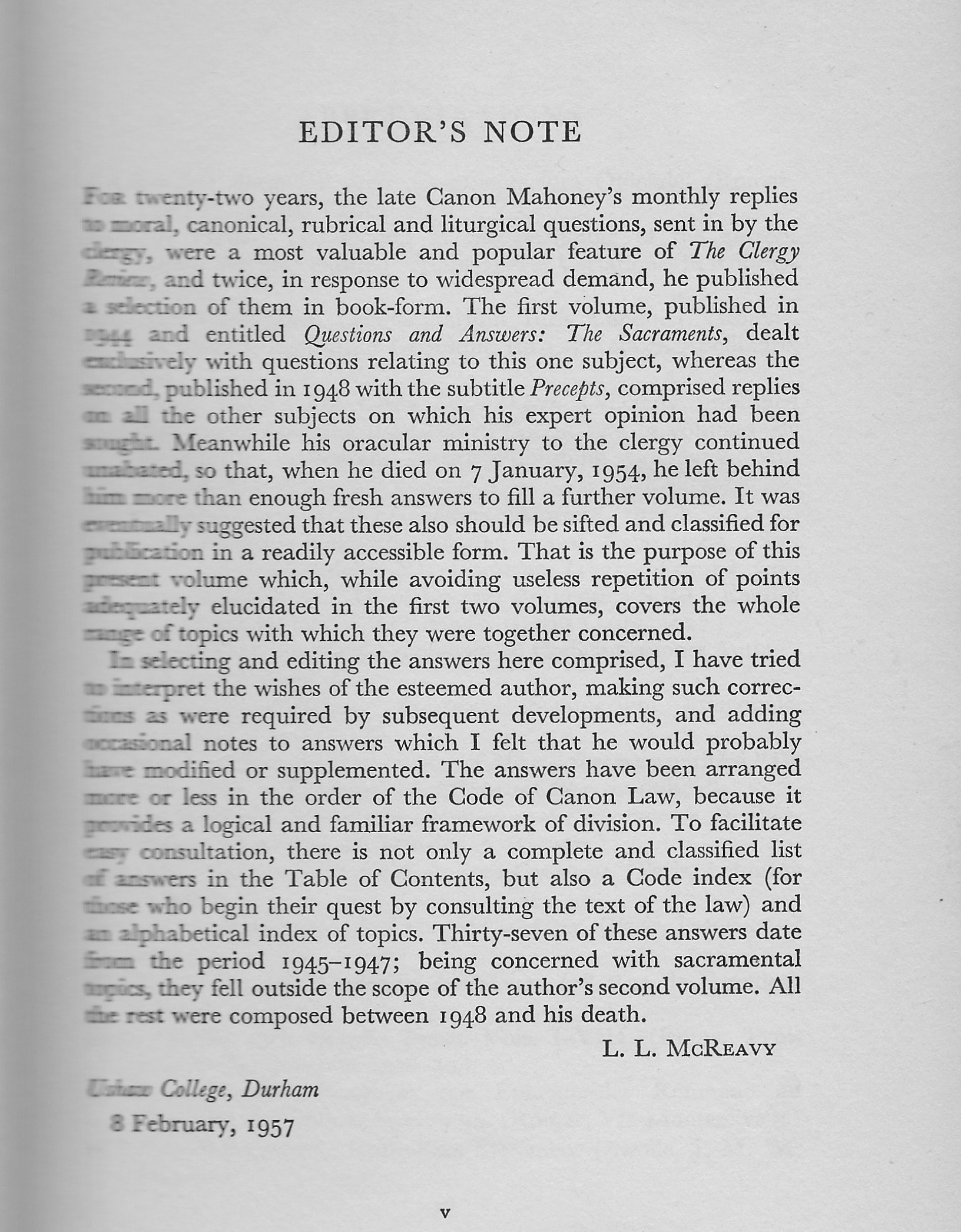 This is the introduction to Priests’ Problems, by Canon E.J. Mahoney, D.D., who one reader has accused of being a liberal nobody in the theological world. (This because some cannot accept the fact that several popes, to some degree unknown, have reportedly provided secret jurisdiction to certain oriental schismatic sects.) Far from being a nobody, it appears Can. Mahoney was considered knowledgeable enough to advise numerous priests in Ireland and England for over two decades. The Clergy Review was the equivalent of Homiletic and Pastoral Review and the American Ecclesiastical Review in this country. People who don’t have access to the actual theological works (or to the Internet for that matter) should refrain from making specious objections.

This same individual also has disparaged Rev. Ignatius Szal’s The Communication of Catholics With Schismatics (1948) because Rev. Szal later became a member of the Novus Ordo Church. This individual claims to have read his work and intimates Szal’s conclusions are not in keeping with pre-V2 dogmatic theology. Of course this same person questions whether Pope Pius XII was a true pope and is also a member of the Feeney sect. And as is so often the case, no proof whatsoever for these claims is offered.

While Szal later fell from grace, his work was soundly based on papal decrees and decisions of the Holy Office. Both prior and later theological works confirm what he presented in his dissertation. In no way whatsoever does his work deviate from what other leading and orthodox theologians taught prior to Pope Pius XII’s death regarding the status of schismatics. When King Henry VIII became a notorious heretic and left the Church, the Church did not denounce his Defense of the Seven Sacraments following his excommunication, a work which earned him the title of Defender of the Faith by Pope Leo X. The practice of the Church, not human opinion, must be followed in these uncertain times. And certainly Canon Mahoney and Rev. Szal’s works, being approved prior to the death of Pope Pius XII, are superior by far to anything concocted by Traditionalists of whatever shade.

The works of approved authors quoted on this site are nothing in themselves; their value is deduced from the faithfulness they demonstrate regarding papal teaching. That is why they are quoted. Notice also above that Rev. McReavey, who succeeded Can. Mahoney, notes that always those answers given must be reconciled with the most recent decisions of the Holy See and papal decrees. This is something that all those pretending to be devoted to the study of pre-V2 theology today fail to do.

The sources I have quoted are sound; if they deviate from the faith in any way then those making this claim are obligated to demonstrate how and where and present solid proofs. Unless and until this occurs, the use of these authors stands.