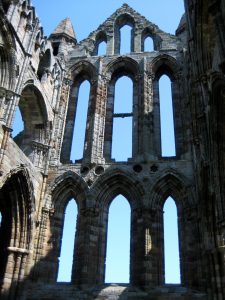 Over the past several years, the majority of questions posed by readers have involved how one is to conduct oneself among the Novus Ordo and Traditionalist sects regarding prayer in common with non-Catholics, attendance at and participation in weddings and funerals, sponsorship at Baptism, etc. When site revisions are completed, articles addressing these issues will be posted. In the meantime, a particular question has arisen that should be addressed to avoid any further confusion and speculation. After searching my library for days, a more definitive answer on this question has finally been located. It involves praying privately inside a pre-1958 Catholic church in order to make reparation for the false sacrifices offered there.

When questions like this arise, we cannot rely on a knee-jerk reaction to resolve them. While we may have the best of intentions, an opinion, however well-educated we think it might be, is not sufficient when we are dealing with matters that could involve serious sin such as communicatio in sacris. In these times when we have no clergy to approach for resolution of these cases the only thing we can do is to consult approved works written by valid pre-1959 clergy citing documents from the Roman Congregations and the Holy Office to provide a trustworthy answer to our questions. The selection below is taken from Questions and Answers II, Precepts, by Canon E. J. Mahoney, D.D., 1948, compiled from articles printed in the Clergy Review in Great Britain from 1931 to 1947:

“Titius is in the habit of entering the ancient cathedrals of this country, and other pre-Reformation churches now in Protestant hands, when no Protestant service is being performed, and there praying for the return of this country, and of the formerly Catholic shrine, to the faith. He is motived by thef acts (a) that this is in itself a good thing; (b) that at least some Catholic worship and reparation are thus offered in the desecrated shrine; and (c) that Catholics are encouraged at times to do this, e.g. the annual Catholic visit to the shrine ofSt Edwardat Westminster. On theother hand, he is aware of the possibility of scandal at being seen praying in a Protestant place of worship; also he is afraid there may be some positive prohibition of the practice, when not specially authorized by authority, as in the above case of St. Edward’s Shrine. What is to be answered?

“The reply is concerned chiefly with permitting such visits curiositatis causa, and I know of no definite instruction which covers exactly the point raised above. But it is clear, both from this text and from other instructions, that what is absolutely forbidden is communicating in the worship of heretics even though the prayers said contain nothing heretical. Therefore, the use of a building is indifferent. The Church even tolerates, for proportionately grave reasons the use for public Catholic worship of a building which belongs to non-Catholics or is used alternately by Catholics and non-Catholics, as for example the Church of the Holy Sepulchre in Jerusalem. Granted its intrinsic lawfulness, the question can be answered by applying the voluntarium indirectum principle to each individual case. The point to be examined is whether the possible scandal, or danger of perversion, is compensated by a proportionately grave cause justifying the practice.

“In the case of public Catholic worship in non-Catholic churches the permission of the Ordinary must be obtained, as is done, presumably, in the case of St. Edward’s Shrine, or in the case of Mass celebrated in the ruins of a monastic church. But an individual may arrive at a prudent decision, if necessary, by consulting a confessor, in determining the lawfulness of private prayer. If one may consider the generality of cases of this kind, it appears that, whereas it is the exception to tolerate the presence of a Catholic at non-Catholic religious rites, it would be rather the exception to prohibit the practice of private prayer in a pre-Reformation church. For it would only be in exceptional cases that any scandal or danger of perversion would arise. A recent convert, for example, in a cathedral town, should not be allowed to visit the cathedral for private prayer; there is danger of perversion. Likewise no Catholic should use a pre-Reformation church which is now devoted by Anglicans to a close imitation of “Roman” rites; there is possibility of scandal. Similarly, one should not visit a pre-Reformation church situated in one’s own parish; there would be danger of giving scandal to the Catholic population. But, apart from such cases, no bad result can usually be anticipated. On the contrary, it is good for the sacred building to be used occasionally by the faithful for whom it was erected, and I believe it is a fairly common practice for the clergy to recite their office in such churches” (end of Mahoney quote).

It should be said from the outset that such cases must be judged based on the particular circumstances and according to the intentions of the person entering the church. That being said, it is hard to see how doing so with caution in these times and in the absence of true scandal could be taken as sinful or wrong in any way. To answer questions that may arise after reading the above, we would like to note the following.

Before becoming alarmed at what we believe to be sinful or offensive behavior, we need to make certain it is truly what we believe it to be and that we are obligated to address it. The following is taken from Moral Theology: A Complete Course Based on St. Thomas Aquinas and the Best Modern Authorities by John A. McHugh and Charles J. Callan, 1958:

If the person is a superior with the obligation to correct, and is certain they are not afflicted with scruples, how can morally certainty be obtained in such cases? Primarily by consulting works that treat of the case at issue and following them. We are not allowed to correct another in such instances unless we are certain, based on the teachings of the Church, the approved canonists and doctors of sacred theology and the moral theologians, that they are sinning. This not only injures our neighbor and may even alienate him, but involves ourselves in sins against prudence and even more other serious sins as well.

And from here we head into a different but related issue that also has been making the rounds these days. If we wish to live in peace with our neighbor, to experience the fruits of a prayer apostolate and continuing study of the faith, we must avoid all those things the New Testament teaches regarding charity and love of the brethren. Unless we all purge ourselves of any inclination whatsoever to sins against charity, we will become nothing more than those eventually exiting and recreating the forever splintering Traditionalist sects. St. Thomas Aquinas, quoted by Revs. McHugh and Callan, explains the dangers of these sins below

While spending time with the conclavists, such discord and contention was rife and was actually encouraged by the group’s head.  All of those involved, but especially the young, were truly scandalized by it and many of them lost their faith. To this day, those of us who were adults emerging from that sect deeply regret that we did not recognize it for what it was and immediately put an end to it. These sins against peace have been the cause among Traditionalists of family upheaval, economic hardship, lost children, divorce, ruined friendships, mental illness and much more. Therefore the axe needs to be put to the root of this evil tree before it bears any further bad fruits. If we did not speak out against it God would hold us accountable. For “It is better that scandals arise than the truth be suppressed.” -– Pope St. Gregory the Great