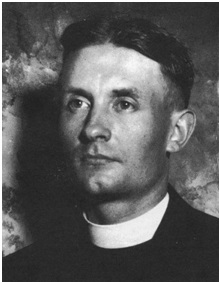 In January of 1954, my father, recently converted to Catholicism and then a reporter with the Great Bend Tribune in Great Bend, Kans., wrote a moving story about a martyr priest, a chaplain who died in the concentration camps during the Korean Conflict. At that time Fr. Emil Joseph Kapaun had been awarded the Bronze Star, an honor my father himself received during his World War II service as a Navy combat photographer with the Seventh Fleet during the invasion of Corregedor, Battle of Malinta Hill. Fr. Kapaun also was awarded the Distinguished Service Cross following his death.

Today, April 11, Fr. Kapaun posthumously received the Medal of Honor from Pres. Barack Obama during a ceremony at the White House. His nephew Ray Kapaun accepted the award on his behalf. For many the president’s brief history of his martyrdom was the first they would ever hear of this brave priest who gave his life in the service of his fellow camp inmates. But growing up in Kansas as a child, I always knew the story of Fr. Kapaun, a story that never left my father. The sweetness of Fr. Kapaun’s expression and the holiness of his countenance was plain for all to see from his photographs. When years later as an adult I saw the photos of Fr. Willie Doyle, who died during World War I as a chaplain, I realized that their expressions were much the same — they reflected some of the glory of Heaven before departing this earth.

Below is the story my father wrote, reprinted here with the permission of the Great Bend Tribune. — T. Stanfill Benns 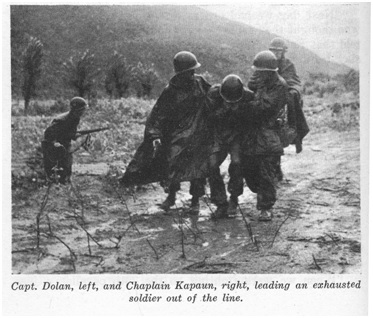 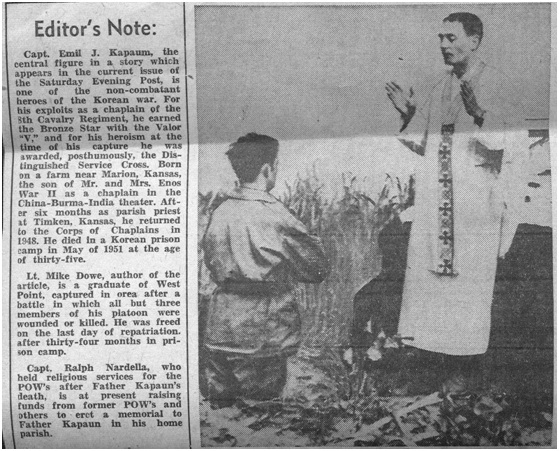 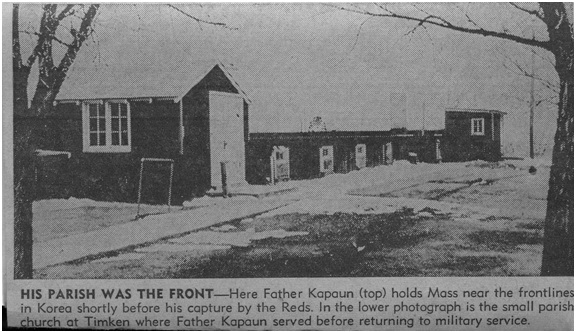 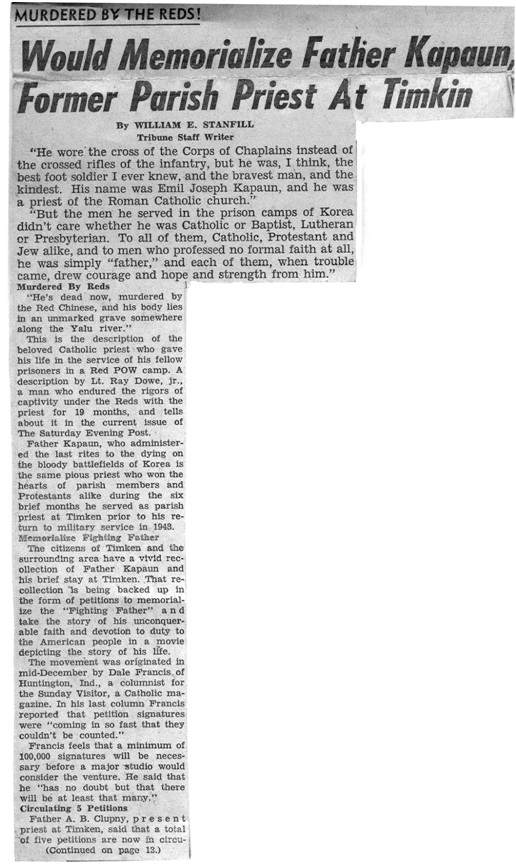 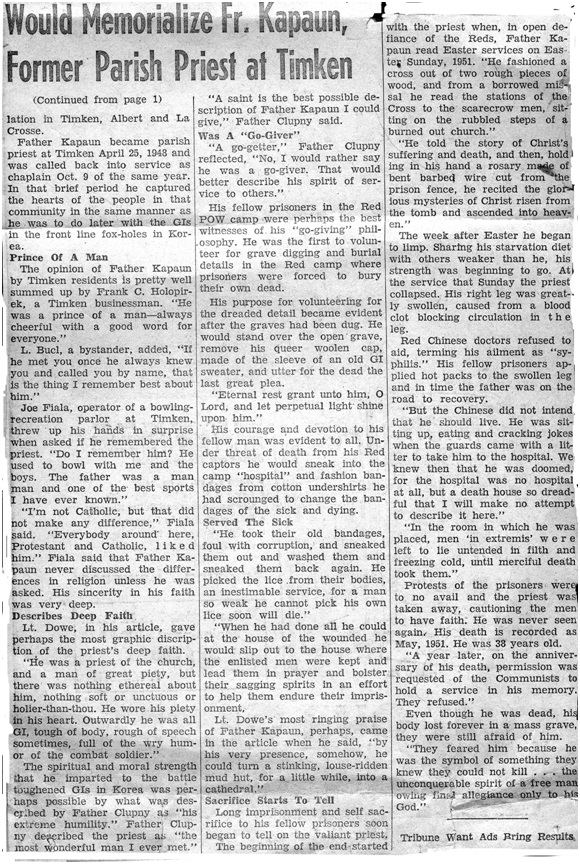 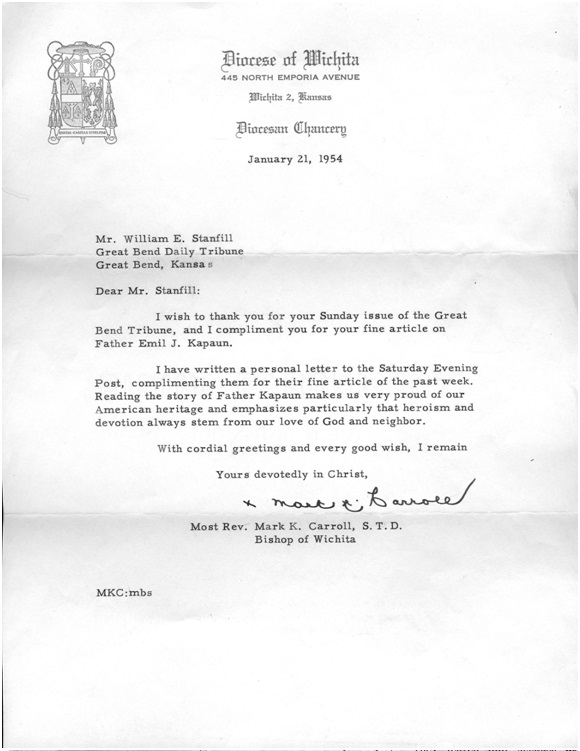 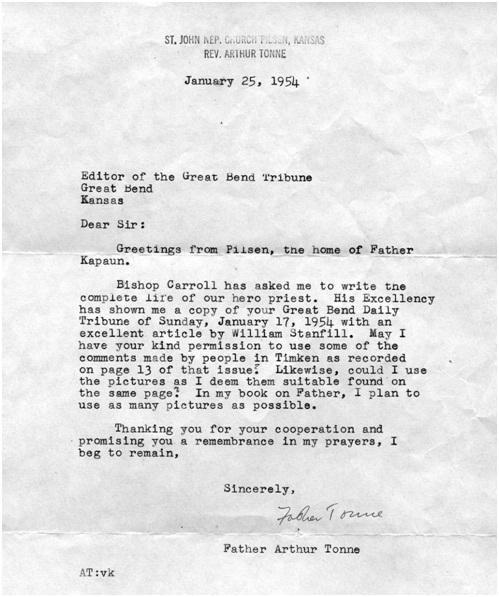 The two photos on page one are taken from Fr. Tonne’s book, “The Story of Chaplain Kapaun,” I am privileged to have several of Fr. Tonne’s sermon booklets in my library which provide excellent, simple instructions for both children and adults on the Gospels.

In the Introduction to Rev. Tonne’s book, Bishop Mark Carroll of Wichita, Kans. says of Fr. Kapaun: “In his Epistle to the Romans, Ch. VIII, St. Paul describes the undeclared war which exists in every soul, a continuous battle, usually for life, between the spirit and the flesh for supremacy.  That inner conflict in the soul of Fr. Kapaun had been resolved and in its dissolution gave him a wonderful internal peace and an unusual external serenity. Fr. Kapaun, according to the testimony of grateful comrades, went all out for God and his fellowmen, and forgot himself completely. This young soldier, although he never expressed it, knew that peace of soul which ‘surpasseth all understanding.’ Somehow God told him that he had walked, steadfastly, to the summit of his priesthood.”