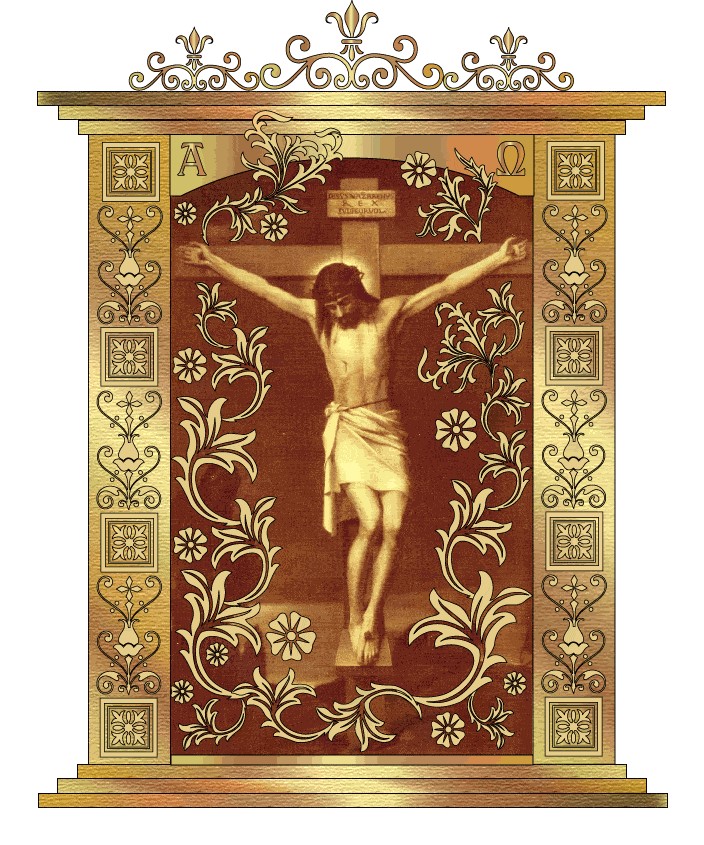 As we pray through Holy Week this Lent, let us remember why it is, exactly, that Jesus died in the first place — for our sins. If  not for sin, His death would never have been necessary. And as all of us know who know anything at all, sin is more rampant today than ever before. Jesus could die again a million times and the sins committed today would continue. But in fact He needed only to die once, because that precious sacrifice encompassed even the sins He knew would be committed in these times. The specific type of these sins so prevalent today is detailed in the messages from Our Lady to various holy people throughout the centuries and is mentioned in detail in Deuteronomy, as referred to in the Book of Daniel, (Ch. 9). It also is mentioned in the Gospels and Epistles. These are sins referring to morals, and as Our Lady told little Jacinta, sins of impurity send more people to hell these days than all other sins.

While this is most likely the truth, the runnerup to these sins must be sins against the faith. Daniel and Moses of course were referring to sins against the 10 Commandments — the natural law. And the first commandment refers to worshipping false gods, which anyone who takes an active part in a non-Catholic service is guilty of doing. This site points out at length just how many considering themselves Catholic have been duped into involving themselves in false worship, but no one is listening. Why is no one listening? Because so few know their faith, and they really are not interested in studying what the Church taught consistently throughout the centuries prior to the death of Pope Pius XII. For years I have been encouraged to cease and desist from my writing for various reasons: because I am a woman and women are not allowed to teach; because Canon Law forbids it; because no one wants to read my opinion on these things; because I am not educated enough to “teach” on matters of faith.

What can be said concerning these objections? Well first of all my gender has nothing to do with it. Anyone familiar with the lives of the saints and Church history will quickly see that many women saints — St. Catherine of Alexandria and St. Catherine of Siena, to name only a few — were lay religious who taught about matters of faith. True; they had permission from their bishops or superiors, but Pope Pius XII tells us that in the absence of these we, the laity, must take their place and assume all their responsibilities. Canon Law does not forbid such teaching nor could it. Its rules allow the fatihful to apply the canons in these times. Given the fact that a pope has superseded the law by teaching in a document entered into the AAS as binding that the laity MUST take up such teaching, Canon Law could scarcely contradict the pope. While I do comment on the things I present from those doctors and theologians approved to teach before Pius XII’s death, we are not forbidden to come to conclusions about such things, and something must be said to relate what was taught so long ago to the situation today.

Fortunately I do not need to be “educated” to present the works of others as Catholic truth. The works of those I quote was long ago declared free of error and presened as true and worthy of belief. I present primarily those works which remained closest to magisterial teaching, often written by those themselves who were champions of the papacy, works sometimes used as sources in papal encyclicals and other papal documents. Sometimes I write directly from these works; other times I write what I have read without always attributing what I write to the source, hoping that certainly by now those serious about their faith will know that what I say is not coming from me personally but from official Church teaching and previous published works. I have been asked many times why it is that I continue to expound on the canons and present scholastic pieces for consideration by readers, especially when so few understand what is said or are able to check out sources. Msgr. J. C. Fenton gives a marvelous explanation for this, and I think perhaps that readers should consider it.

“It was the will of God, expressed in the actual constitution of the Catholic Church as the unique authentic vehicle of revelation, that men are meant to receive divine revelation from and in the Church from those who possess the science of sacred theology.  This very important truth is manifest, not only from the actual experience of the Church, as expressed in Her history, but also in the words of Sacred Scripture, as these are cited by [the theologian Francis Sylvius]. Sylvius notes that, according to St. Paul, the Church is so constiuted that, by the will of our Lord Himself,  it counts within its ranks prophets, evangelists, pastors, and doctors for the work of the ministry and for the edification of the body of Christ. In other words, the Church was to include among those who worked in its behalf teachers of the revealed word of God, distinct at once from those who were the founders of the Church and those who were the immediate destinaries of divine revelation. These teachers, insofar as they employed every human resource to set forth the divine message, actually possessed and utilized the science of sacred theology.

“[St. Paul] made it a rule that the bishops who were to be set up over the Gentiles whom he had converted should embrace the faithful word which is in accordance with doctrine, so that they might be able to exhort in sane teaching and confute those who contradicted the word of God. All human ingenuity was to be exercised in the preaching of Christian faith. The application of human reason to the task of teaching divine revelation actually constitutes sacred theology. The great science which Peter the Lombard, St. Thomas Aquinas, and their successors have expounded constitutes the sort of activity which must exist within the Catholic Church in order that the essential functioning of continuing the teaching of Christ may continue…

“Sacred theology has a definite function to perform, a contribution to make for our own civilization. We are quite aware that the temporal ills to which the individual  men and civil societies in our own time are subject can be cured or alleviated only through the practice of Christian virtue and the recognition of the rights of God. The only discipline which is competent to offer competent instruction in the Christian virtues  is sacred theology itself. This science alone can give to the world the knowledge about God which is requisite for the regeneration of our social order…The man who takes up this study, who wills to know and to appreciate those teachings which God has given to men through Jesus Christ our Lord and which are proposed for our belief in the magisterium of the Catholic Church; the man who works to express that doctrine unequivocally and clearly is preparing for himself a glorious part in the labor of human welfare…We must be realsistic enough to acknowledge that those evils which afflict our times are never going to be overthrown by some new system, to be excogitated by some future genius. There is never going to be a magic formula which will bring men the happiness toward which they strive so pitiably. The doctrine which is literally competent to save the world is that which is enclosed in the traditional literature of sacred theology,” (“The Concept of Sacred Theology,” 1941; all emphasis mine).

The teaching of the Old Testamant was only a foreshadowing of all that would be fulfilled in the New Testament. The Old Testament was the intangible; the New Testament was the reality, both Testaments moving as one undivided continuum. The Israelites were punished severely for their carnal natures by suffering the Captivity. The same sins that today are engulfing even those professing to be devout Catholics are the very sins that brought Israel to its knees and deprived them of their Temple and sacrifice;  Daniel reveals it all. And if man cannot even manage to obey the natural law, how can he possibly hope to grasp divine revelation; the import and implications of the new law brought to earth by Christ. Christ warned the Jews of His day that it was in fact their very carnal natures that prevented them from being able to receive His teaching. That teaching, Christ’s living voice on earth, was preserved in the infallible magisterium of His Church; “He who hears you, hears Me.” But those who have itching ears, and who prefer to believe lies, cannot hear that voice.  Their rationality and understanding are dulled by human respect, and by their own lusts, desires and the funny internal feelings that lead them to the altars of false gods, there to worship mere bread as God Himself.

That blazing inferno that was once the Catholic faith may today be only a banked mass of barely glowing embers, but one ember is sufficient to rekindle those flames. The penumbra of the Israelites and their animal sacrifices gave way to the Continual Sacrifice. That we have lost it just as they lost theirs has become for us today a frightful reality, but like God’s Chosen People of old, we too shall be delivered if we but follow the example of their prophet Daniel.  Do not mistake those who blow on the embers to rekindle them for the keepers of the eternal flame of Truth, itself. That truth and the expositon of that truth must continue to exist as it has always existed, from the mouth of Christ as defined by the Roman Pontiffs themselves and from those who draw out the meaning of these truths in their writings. Should the continued relevance of these truths today be denied and their relation to our present circumstances negelcted, then surely Christ’s truth no longer has a vehicle. From the beginning of time, as the popes have repeatedly reminded us in their encyclicals on Catholic Action, the faithful were expected to share in the mission of teaching the faith. Whether it is accepted or understood or not is irrelevant. For those who cannot understand or who object that such teaching is unnecessary or hopelessly complicated, the book of Daniel has the solution. Walk in God’s laws, turn from any iniquities and think on His truth. That the sanctuary may no longer be desolate, we are instructed to throw ourselves on the tender mercies of our Lord, confess our sins and do penance.

(See the Free Content section of this site under Recent Articles to read about Daniel’s prayer. New articles on the indefectibility of the Church and La Salette also have been posted there.)